An important practice area for D&E's athletic program, Memorial Gymnasium/Martin Field House contains Seybolt Indoor Golf Academy, strength training equipment, as well as year-round practice space for soccer, baseball and softball. The only facility of its kind in the region, Seybolt Indoor Golf Academy features full swing and short game practice areas, plus a golf simulator and clubhouse. The building was originally dedicated as Memorial Gymnasium in 1950 and was re-dedicated in honor of the Martin family in 2010.

Named in honor of D&E alumnus Dick Seybolt, this indoor golf academy was designed and installed by one of the nation’s top indoor golf turf companies – Turf Solutions.

The Academy includes seven different grass heights, a sand trap and ‘tough putts,’ all designed to develop good playing habits. Built on a contoured base of gravel, limestone dust and sand to help players master their ‘short’ game, there is an adjacent chipping and driving area as well. A computer-controlled golf simulator provides the challenge of playing on six of the world’s renowned championship courses.

An avid golfer, Seybolt was intrigued with the idea of creating an indoor golf academy in a region subject to severe winters. Inspired by former D&E Head Golf Coach Wally Edgell and the student athletes, he offered to provide funds necessary to make their dream a reality. The indoor, year-round ‘golf course’ - unlike anything else in West Virginia – is located on the mezzanine of the restored Martin Field House. 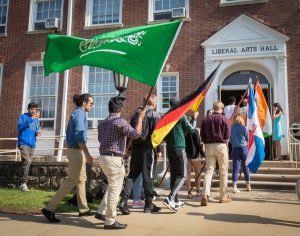 The Icehouse was built in the late 1800's as a place for the Elkins family to store ice during the summer. It now serves as a favorite weekend hang out for students. Recently, a campaign lead by The National Alumni Council raised funds to complete needed renovations 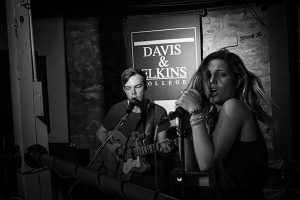 The Icehouse was built in the late 1800's as a place for the Elkins family to store ice during the summer. It now serves as a favorite weekend hang out for students. Recently, a campaign lead by The National Alumni Council raised funds to complete needed renovations

The following offices are currently located in Halliehurst Mansion: 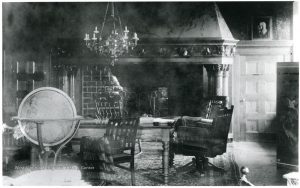 Where can you learn about the Roman Empire, marvel over a collection of brilliantly colored butterflies from Peru and get an up-close look at tools used by Native Americans? Open the doors to The Stirrup Gallery in Halliehurst mansion where a world of days gone by awaits. 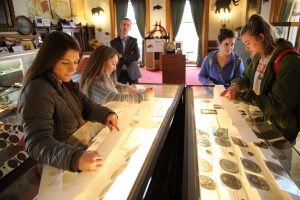 Upstairs to The Ballroom and Office of Admissions

We are back on the first floor, outside on the front porch.

You have exited and are now behind the Madden Student Center in front of Graceland Inn.

The mansion was the summer home of Henry Gassaway Davis, a United States Senator (1871-1883), and an unsuccessful Democratic candidate for Vice President of the United States.

Graceland, built by Henry Gassaway Davis and his wife, was completed in 1893. Graceland was designed by the renowned architectural firm of Baldwin and Pennington of Baltimore, MD. The farm on which the Inn was built originally consisted of approximately 360 acres. The exterior of the building is constructed of native sandstone in the Queen Anne style of architecture. The interior is decorated in native hardwoods, notably quartered oak, bird’s eye maple, cherry and walnut.

The house was first named the Mingo Moor and then Mingo Hall, the name being derived from Mingo Flats, an area south of Elkins. In the end though, Davis named the house in honor of his youngest daughter, Grace. She was thought to be Davis’s favorite daughter and had considerable influence regarding the decoration of the house. The original name was remembered by the restaurant, the Mingo Room, that was in Graceland.

You have exited Darby Hall and are now back in front of the Madden Student Center.

Designed and built by environmental science students, Lake Toalsted is a functioning ecosystem used for studying the evolution and maintenance of natural environments.

Annually, during a campus wide competition called "Dorm Wars" you will find different teams from our campus resident halls battling with tug of war across the lake.

You have now exited The Science Center

and are on your way to the Chapel.

Serving as a peaceful place of reflection and worship, the Robbins Memorial Chapel is a one of a kind structure with over 5000 artisan placed pieces of  irreplaceable stained glass.

Myles Center for the Arts

Containing  performance and art production facilities, the Myles Center for the Arts is the campus's center for creative problem solving.

Inside you will find state of the art painting, screen printing, drawing, ceramics, and 3d art classes. Harper Mcneeley Auditorium is the regions largest performance venue where you may find national bands, theatre shows, and a myriad of lectures and other events. 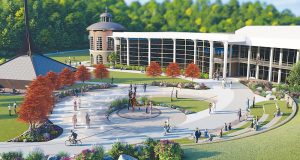 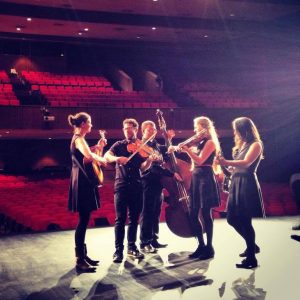 The Augusta Dance Pavilion was originally created to serve as the perfect place to have outdoor dances during the Augusta Heritage Center’s annual summer weeklong workshops. This popular celebration of heritage music and crafts attracts several hundred participants annually, including public dances in the Pavilion that are enjoyed by the entire community. The Augusta Dance Pavilion has become a great open air space for student dances and activities, even concerts. With its wood floor, band stand and bare bulb lights, it is reminiscent of having old–time square dances in an open air dance hall. The beauty of its woodland setting makes it magical place to experience music and dance all night.

You are now outside behind the Hermanson Center on your way to the McDonnell Center.

The McDonnell Center for Health, Physical Education and Athletics is a dynamic, 41,333-square-foot home for Davis & Elkins College’s intercollegiate sports, physical education, recreation and fitness programs. Key spaces include the 1,200-seat arena, Hilda and Robert R. Butler Lobby and D&E Athletic Hall of Fame and the Myles Ahead 200-meter indoor walking and jogging track. The facility also includes two practice courts, dedicated locker rooms for basketball and volleyball, and multi-sport suites that accommodate men’s and women’s field sports, physical education classes and visiting teams. An athletic training suite, officials’ rooms, a laundry and generous storage areas also are included on the first floor. It is conveniently located near Allen Athletic Fields, George A. Myles Pool and Robbins-Madden Fitness Center with ample parking for the College's Senator NCAA, DII, indoor athletic events. The Center is named for the generous support of James. S. McDonnell, a former trustee and the parent of a D&E graduate.

Although the archway reads: “Davis & Elkins College Allen Athletic Fields,” its meaning is much deeper to the College and the Allens, the principal benefactors. The new baseball, soccer and softball fields represent an investment of more than $400,000 in private gifts from individuals, foundations and the J.F. Allen Company. 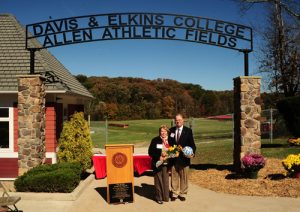 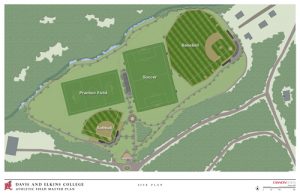 This retired Baltimore & Ohio Railroad Caboose C2504 is now a central gathering place on campus. Stop in for a coffee or snack and relax beside Lake Tolstead.

You have returned to the center of campus in front of the Caboose Cafe.

Eight students are selected to reside in the Center every year. These students assist with leadership and programming that revolves around five broad themes: faith traditions, public policy, ethics, sustainability and service